A Brief History of the Church

The first church was built here around 1130, probably using stones from Hadrian’s Wall. It was much smaller than the present building and the only remaining feature from this time is one rounded Norman window arch in the chancel. 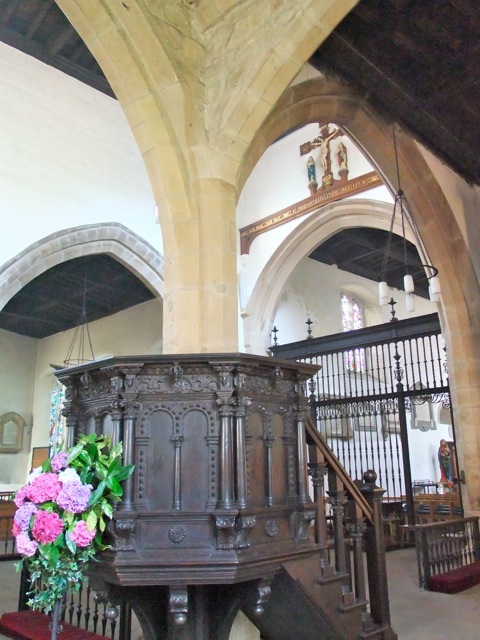 The tower was added around 1230 and then the north aisle around 1350, which was paid for by a corn merchant named William Hutton. This was followed by the south aisle and the north transept, which is unusual in that it contains a side-aisle. Sometime in the 13th century a cell was built on the north side of the chancel to house an anchorite. You’ll see the cross-shaped squint high on the chancel wall through which she or he could see the altar.

In 1451 a wealthy lawyer named Robert Rodes paid for a series of renovations, including the raising of the nave walls with clerestory windows, the building of the south transept, rebuilding of the south aisle and the vaulted ceiling under the tower where his coat of arms can be seen. By the end of the fifteenth century the church looked very much as it does today.

With the exception of the fragments of medieval glass in the north wall of the chancel and the Percy Shield, most of the stained glass dates from the 19th and 20th centuries. Much of the former was produced by the renowned Victorian glassmaker William Wailes, whose workshop was in the parish. 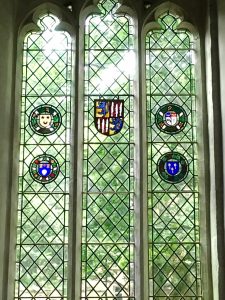 Other features include the fine organ by Harrison and Harrison of Durham, which was built in 1909, and the high altar by Charles Nicholson, which was installed in the same year. The choir stalls in the north transept were made in 1937 by Robert ‘Mousey’ Thompson of Kilburn.

The church was re-ordered in 1971, with the removal of the old choirs stalls and panelling from the chancel and the introduction of a nave altar and the wrought iron screen across the chancel arch.

As part of our 2017 HLF-funded development project we were able to produce some new interpretation materials, a selection of which are also available to download: 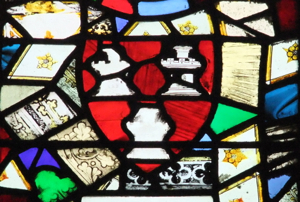 St John’s church contains the earliest known representation of the city’s coat of arms – three silver castles on a red shield – in a window on the north side of the chancel. The glass dates from about 1400.

Originally the town took its name from the “New Castle” built by order of Robert Curthose, eldest son of William the Conqueror, in 1080 and a castle was depicted on the twelfth century common seal.